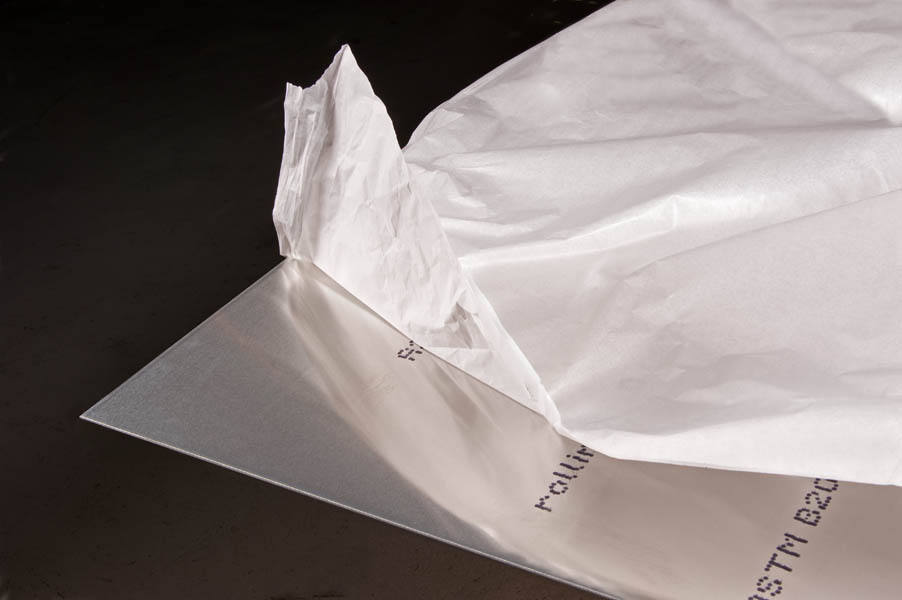 As an aluminum supplier, we can offer you nearly any alloy of aluminum sheet you need.  We find that the vast majority of customers, though, use 6061-T6 or 3003-H14.  These designations may look cryptic, but they're really pretty simple.  The first part, the four digit number, is the alloy.  The part after the dash is the temper.  Let's break these down and look at them separately.

The first of the four digits in the alloy indicates what the primary alloying element is.  The chart below list some of the available series.

The second digit can indicate if there are impurity limits or other modifications to the alloying elements. Generally, the third and fourth digits identify the alloy or indicate the purity of the aluminum. In the 2000 through 8000 series, however, the last two of the four digits have no special significance but serve only to identify the different aluminum alloys in the group.

At Cut2SizeMetals.com, we offer 2 tempers: strain-hardened only (H14 temper) and solution heat-treated and then artificially aged (T6 temper). The number "4" in H14 means that tensile strength is half way between the O temper and 8 temper, sometimes called half-hard. The combination of the 3003 alloy and the H14 temper makes for a softer, more formable aluminum. The 6061 alloy in the T6 temper is a stronger, stiffer aluminum that is used where strength, and not formability, is important. If you'd like to talk to us about your specific application, give us a call at 812.429.1634.